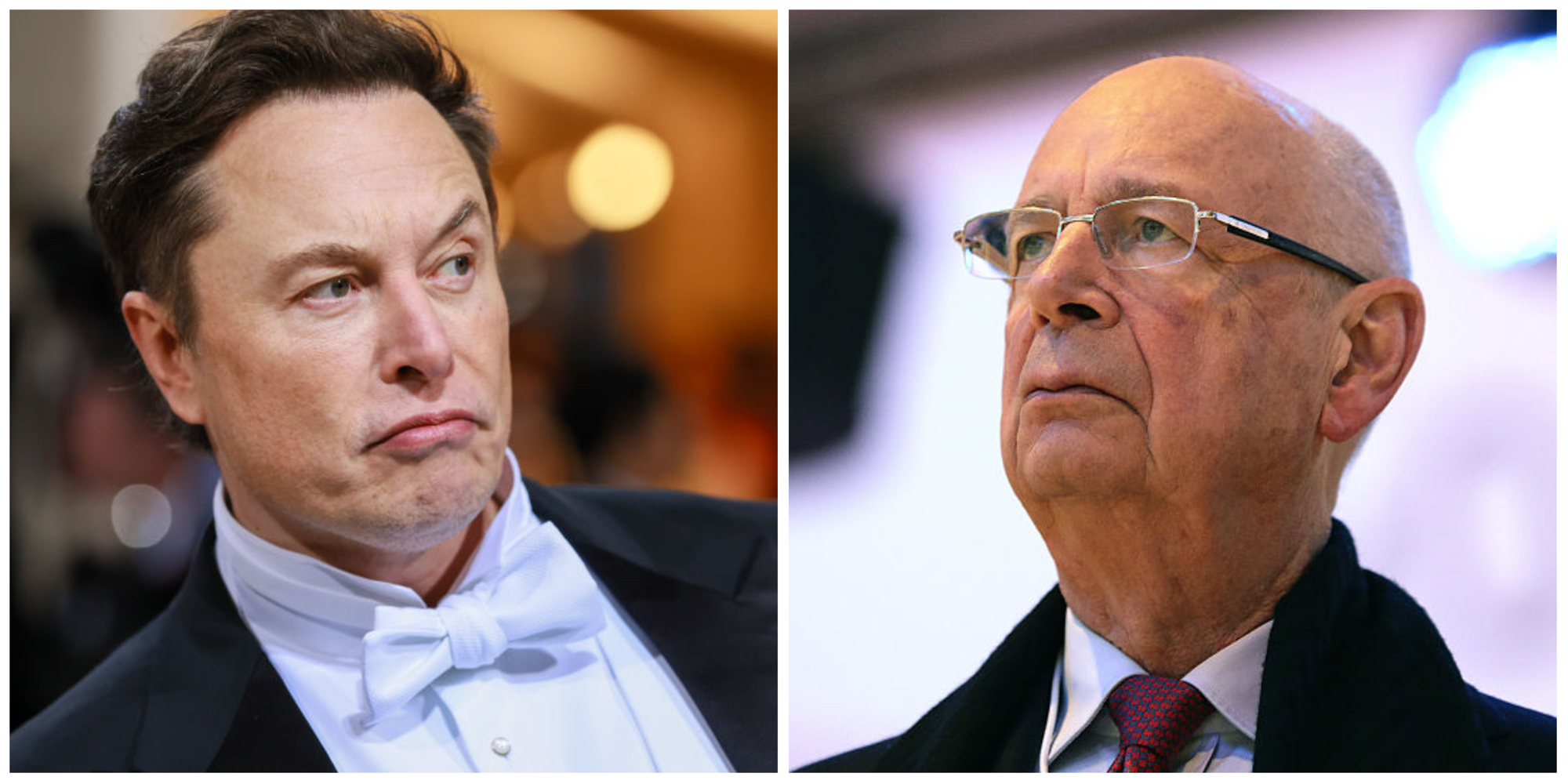 Elon Musk, the entrepreneur who served as CEO of Space X, Tesla and Twitter, reacted harshly after Klaus Schwab.

The president of the World Economic Forum preached at the WEF summit about an effort to “master the future”.

Schwab, the world’s leading proponent of “stakeholder capitalism” working to promote things like climate change, made his comments Monday at an awards ceremony for “cultural leaders.”

We couldn’t have met at a more challenging time, Schwab announced as we face multiple crises at once.

What does it take to master the future? I think there is a platform where all the stakeholders of the global society are engaged; Governments, businesses, civil society, young generations, and I can go on, I think this is the first step to meet all the challenges.

Musk criticized Schwab and his colleagues, tweeting, “‘mastering the future’ doesn’t sound ominous at all.

How is WEF/Davos a thing? Are they trying to take over the Earth!”

“Master the Future” doesn’t sound ominous at all…

What is WEF/Davos? Are they trying to own the Earth!?

The WEF, which was founded by Schwab, states that its mission is to “demonstrate entrepreneurship in the global public interest while maintaining the highest standards of governance.

Our activities are shaped by a unique institutional culture founded on the stakeholder principle, which emphasizes that an organization is accountable to all sections of society.

In essence, this means that corporations are no longer accountable to their shareholders, instead meeting “societal aspirations”, as the Davos Manifesto acknowledges.

During the WEF meeting, US leaders reportedly enjoyed lavish luncheons with some of the world’s most powerful corporate leaders and Schwab.

According to a CNBC report, the conference had lunch with key officials on Monday.

An attendee told the outlet that Coons and Manchin each addressed the crowd of business leaders. The Coons reportedly discussed efforts to fund the Ukrainian war effort against Russia,

while Manchin commented on the virtues of American energy independence.

Koons told the outlet that “about 50 CEOs” will attend the luncheon at Hotel Schatzalp, an estate located in the Alps and decorated in the Belle Epoque style.

Among the executives present at the luncheon was Antonio Neri, CEO of Hewlett Packard Enterprise.